Not the update I would like to be posting unfortunately, but due to the recent tighter Covid 'tier 3' restrictions having been placed on my area, we have sadly decided to end our 'road to Wembley' already. One of the restrictions is to avoid travelling out of the 'tier 3' area, so we have decided to adhere to this advice as we have deemed it the safest/ most sensible thing to do. 'Road to Wembley' (attempt three) will begin again next season..!
Posted by Flora Martyr at Tuesday, October 27, 2020 No comments:

Email ThisBlogThis!Share to TwitterShare to FacebookShare to Pinterest
Labels: #RoadToWembley

As part of my current project which I'm not really saying much about until it's done (if you are a regular reader here you will already know this), I have been working on some backgrounds. The backgrounds are all abstract and made using analogue materials of varying capacity. Deciding to use analogue materials was to provide both texture and contrast to the smooth rotoscope character animation they are juxtaposed with. See here for an example.
A background I have recently completed is a combination of Letraset transfers (Helvetica [of course], various point sizes) and emulsion paint (have no black acrylic left). I made 32 frames and then looped them. I really love the effect it creates! The randomised paint splats against the straight lines of the typeface makes for a perfect contrast and I like how the paint has made some of the blue letters bleed/ run. I would like to experiment with more of this style.
Here is the clip:
Posted by Flora Martyr at Thursday, October 22, 2020 No comments:

How It Started // How It's Going

Jumping on the how it started v how it's going bandwagon here. It's coming up to my ninth roto-versary (yep, that's totally a thing) where come November, I will have been rotoscoping for exactly nine years. Not non-stop, I should point out for clarity, though at times it feels like it...
The idea for this entry came about because I recently completed a clip of a woman dancing for one of my current projects, which I touched on in this post. This made me think back to the first rotoscope test piece I did, which was also of someone dancing. I thought the two clips would make a nice comparison point. The quality between the two clips is vast and I don't just mean in terms of 1080p v 480p.
You can view the first video below:
I mean, just look at that fractal noise background! I remember I created this clip using just the touchpad on my MacBook Pro, though since I have upgraded to a Wacom tablet which I bought pretty quickly once having completed the video. I think I held off buying one before carrying out the test clip incase I didn't like the medium and was afraid of wasting money on something I might never use again. I sometimes still use the same one today (I don't own a Cintiq [too pricey]). I created this in Adobe Flash and think I might have done it 24fps. Don't ask why! I think I just didn't know at the time as I was always under the impression that all animation was done in one's. I now know that is not the case.
Above is the video I just completed. As you can see it is much more developed and polished, yet still in keeping with my experimental tendencies I display in my early work. I can't actually imagine doing something which isn't experimental! Definitely my default way of working. Despite the first clip being something I wouldn't be proud of if I made it now, I still look back on it with a fondness. It was the beginnings of what it now my primary working medium, which was unbeknownst to me at the time. Here's to further roto-versaries and bigger projects... Directing a rotoscope feature is a big goal of mine.
As always, keep watching this space for more project updates and other stuff which comes into my head that I feel the need to write down xo
Posted by Flora Martyr at Friday, October 16, 2020 No comments: 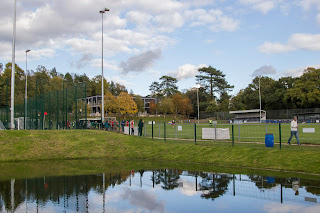 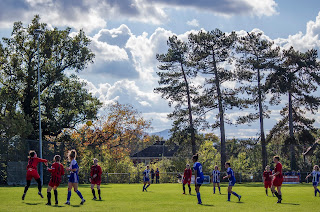 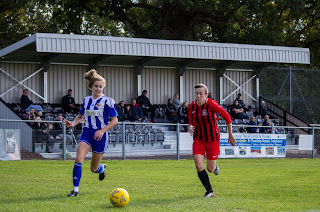 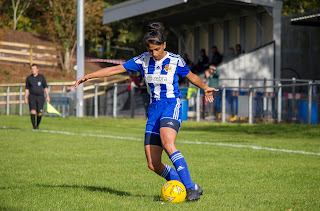 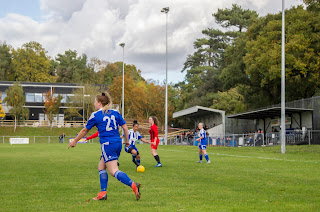 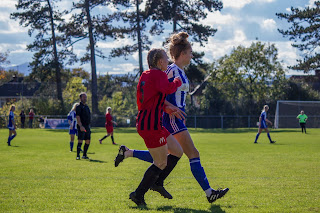 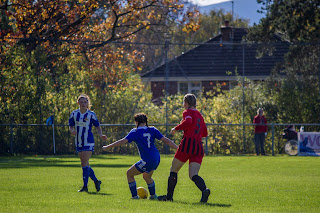 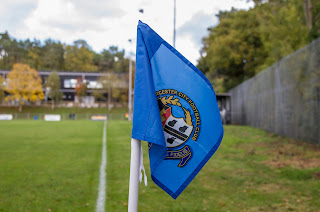 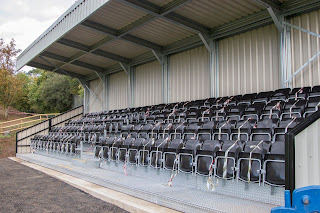 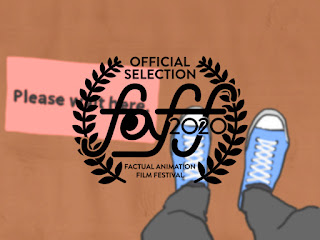 First of all, I am super excited to announce that my film 'Together | Fragmented' has been selected for the Factual Animation Film Festival 2020! I am genuinely really pleased that my film has been selected for this one as it's such a great festival concept. I love, love, love animated documentary and can't wait to watch the rest of the selection.
Like most other festivals this year it has been moved online and you can find out about tickets etc here. I have embedded the festival trailer below (doesn't it look AMAZING)?! The festival runs 17th-25th October and tickets cost just £5. Absolute bargain.
Well I did title this post 'film festival news' (plural), hinting that I have more than one piece of info to share! Exciting times, right?! 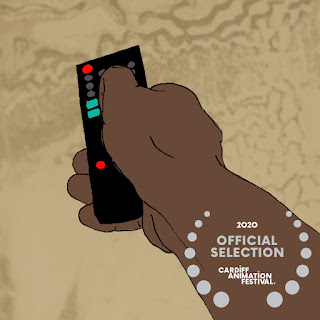 Back in March, Cardiff Animation Festival which was due to be held early April was unfortunately put on hold due to the then imminent lockdown. My short animation 'Nothing New', directed by both myself and Alan Livesey was selected for screening at this festival. We were almost ready to book our trains and accommodation down there, though sadly it wasn't to be. This is why I'm excited to announce that the organisers have been working crazy hard behind the scenes to bring the festival online!
This means we'll still get to watch all of the fantastic films and events very, very soon. Events start on October 17th, leading up to the main festival week 24th Oct-1st Nov. Again, the line up looks absolutely fantastic and I'm immensely proud that our film has been included. I couldn't embed the festival trailer on this post as they don't have a YouTube account, but if you click here, you can watch it. I will be participating in a Q&A as part of the festival at 11am on 25th October, so keep your eyes out.
I think that's all the festival news I have to share for now, so see you in the next post and perhaps virtually at one of the above festivals!
Posted by Flora Martyr at Friday, October 09, 2020 No comments:

As per recent post, I discussed having completed a test where instead of projecting and then filming some 16mm leader (which I inked in a fairly abstract manner), I scanned it in. I won't repeat myself here with the reasons in doing so, as it is all in the previous post on this topic, so please read that if you wish to know more. In fact, this might not make very much sense if you don't read that actually!
Anyway, I have decided to scan the whole thing (all 100 feet). This was because I honestly have no idea when I'll next be able to use a projector and have had the reel of film sitting around for long enough and I was inspired to do something with it. There's not that much more to my reasoning than that! Plus I suppose it's a slightly new venture and I love trying out new creative ways of doing things.
I'll take you through my process. I cut the reel into strips of approximately 28 centimetres in length (so they can fit in my A4 scanner). There were 106 of these: 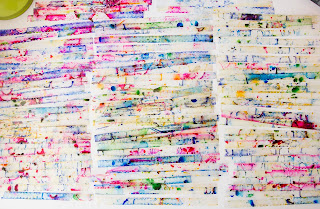 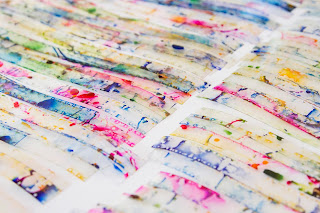 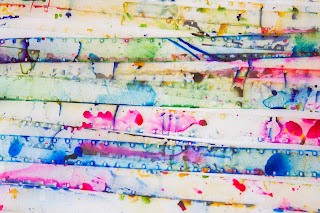 Once cut, I decided that some still needed a little more work as they looked a bit 'empty': not much going on, mostly clear film. Luckily I had a couple of colours of ink left over, so was able to get on with that almost straight away. For those wondering, the ink I use is Winsor and Newton (the ones which come in those super cute little almost triangle glass jars). Always loved those since I was a kid (they have lovely pictures on each bottle label). I apply the ink with a pipette, dropping from a hight. Always careful not to get everything else messy when doing so, so a plastic sheet goes on my desk!
When the new additions were dry, it was time to scan. When carrying out the test, I just placed four down on the scanner bed right next to each other. This took a little time to get right as they kept moving when I lifted my hands off them. I needed them to be straight, because otherwise I would be messing around in post with the rotation and post was going to take long enough anyway.
I came up with an invention where I was able to scan 8 strips at once and have them all straight. It's quite ingenious even if I say so myself. So, what did you do? I hear you ask in anticipation... I cut slits in an piece of A4 white card, each 16mm width, 26cm apart. I left 5mm gap between each and repeated. I then slotted each end of each film strip into the card, so I was left with this: 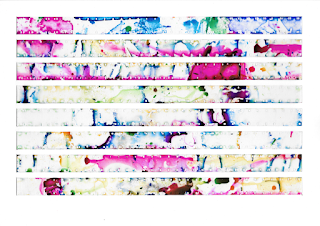 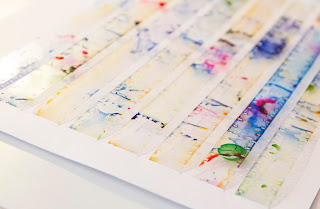 This then went into the scanner face down and nine minutes later, voila(!) I have 8 strips scanned at 2400dpi. These went into Photoshop to be duplicated and cropped, separating each strip out singly.
No, we're still not done. They were taken into my post production program of choice Premiere Pro where I added the keyframes to make each one move. The whole process took eight hours (yes, I do time my work), though this doesn't include the initial inking of the film which I did around a year ago.
The result:
Above is a ten second snippet of what I created. The whole thing runs approximately 2 minutes, though I'm still tinkering with the speed- it looks a little too fast, I think. As you can see, I decided to leave in the sprockets as I ended up quite liking them- they added a different dimension and showed the rawness of my process. If it was a projected piece, then you wouldn't see these, but it wasn't a projected piece and you could see them, so I left them in. It frames it quite nicely too, plus I love where sometimes the ink has filled in the hole, giving it a nice texture.
Watch this space (I pretty much end each post with that!) to find out what I do with it next...
Posted by Flora Martyr at Wednesday, October 07, 2020 No comments: