Out of the 122 new grounds I visited last football season, I have whittled it down to my top ten. It was definitely a hard decision to choose just ten, so I tried to illustrate a taste of my hopping season in this list, from a variety of places and countries and different styles of grounds. Some in this list might not be my favourite grounds per-se, but some are examples of my fondest memories of my season, too. 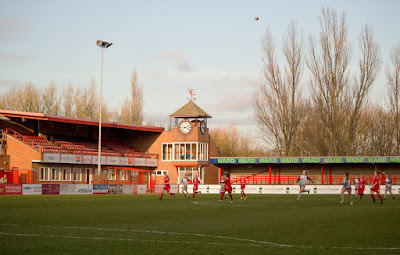 Strange choice perhaps(?) and not one which particularly springs to mind as a 'bucket lister', though the clock tower in the far corner, paired with the raised balcony-esque seating neighbouring it, really made it stand out for me. It also had some radiant red terracing and a few other bits of detail, such as 'Robins Shack'. 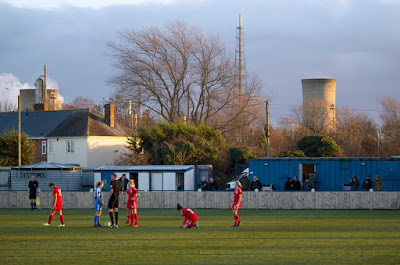 The one with the power station and the bus stop stand (with timetable). I feel that's all I need to say about this one really. Go and see for yourself! 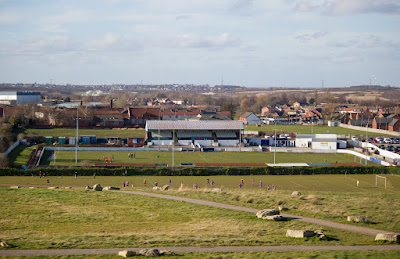 A compact ground, with a variety of stands and terracing. Great views of Frickley County Park from the ground and great views of the ground from said park, too! A very warm welcome made my journey into Yorkshire all the more worth it. 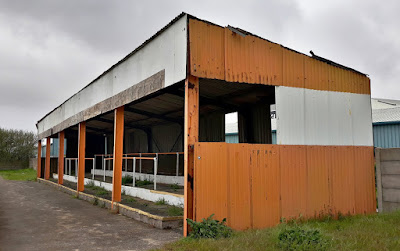 Four rickety mismatched stands, one on each side. Also very orange. It doesn't sound like I'm especially selling it, but seriously go and check it out! A ground which unfortunately may be no longer after the coming season... 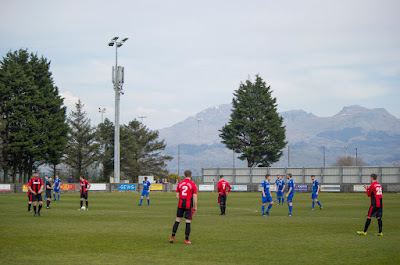 Car-park team warm-ups, nearby cows and set beneath the scenery of Snowdonia National Park, this red and black trimmed ground really is something quite beautiful. 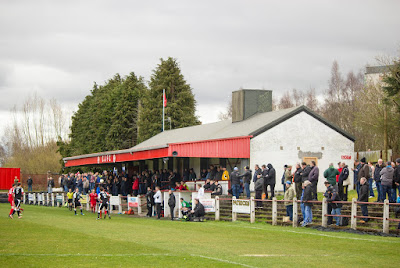 Terracing (uncovered and covered), fantastic looking clubhouse, leafy surrounds and a bumper crowd thanks to the Scottish Groundhop UK Weekend, this Scottish junior ground in the suburbs of Falkirk proved a great way to spend a Saturday morning. 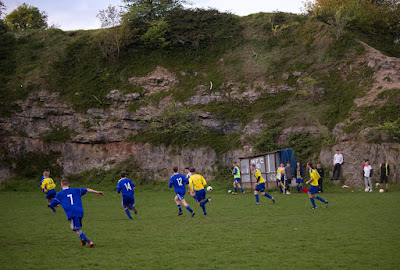 A fairly local ground and been on the to-do list for a while, finally a midweek fixture presented the perfect opportunity to take in something quite special. Surrounded by steep jagged rocks, this is definitely a unique ground and one not to be missed. 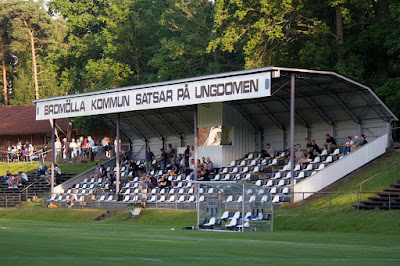 The main stand and terracing sunk into what most would describe as a 'natural bowl' made up for the lack of anything besides a rail around the other three sides. Oh, it also boasted an old fashioned 45 minute timer (unfortunately not in use) and an extremely friendly welcome. 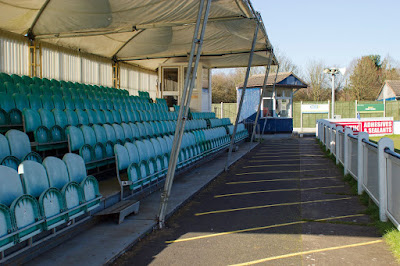 I'm still unsure why I'm so obsessed with this Midlands based ground and I don't think it appears on many of these kind of lists, but I think my obsession for it has something to do with the wooden seats and the unique marque style wedding-like stand. Or maybe I was just having a nice day. 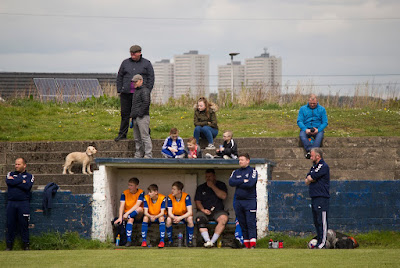 A Scottish junior ground overlooking Glasgow. Crumbling terracing on all sides and a large archaic stand taking up the majority of one of the long sides, this ground edges itself into the number one spot. Beauty is in the eye of the beholder. 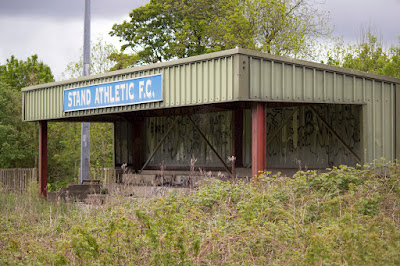 Not counting this as a 'tick', due to having not watched a game here for reasons which will become evident very shortly, this abandoned ground (I told you) adjacent to the East Lancs Railway made for an interesting visit, with the stand, clubhouse, terracing and dugouts still (semi) intact.
Posted by Flora Martyr at Sunday, June 30, 2019 No comments: