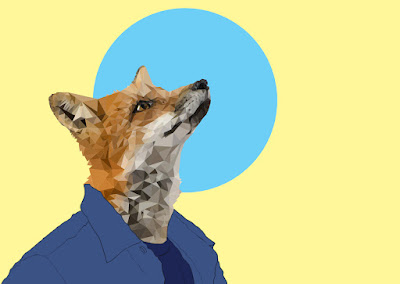 Here's my next piece in the low poly style I wrote about in my last post.

As you can see, the low poly head is "better"/ more developed than previously, as is the concept and overall look of the piece. It also took a lot longer!

I really like the minimalist background- definitely something I'd like to use in my further works, but I have mixed feelings about the style used on the shirt. I think mixing styles like this works well, but I wished I had used a solid brush rather than having the pressure sensitivity turned on. I feel the variation in brush size puts too much detail into something that I didn't want especially detailed. Perhaps I'll redraw it and see...

Maybe a slightly textured/ noisy background wouldn't go a miss either. It might bring the foreground out a little more. I think this can pass as a finished work, but there's plenty more room to play around. Criticisms aside, I do actually like it!
Posted by Flora Martyr at Monday, August 29, 2016 No comments:

I've been playing around with Illustrator and Photoshop of late to touch up on my digital art/ design skills- always useful to keep actively creative and learn new techniques.

I must admit programmes such as these are hard to get to grips with at first, but once you know all the amazing stuff they can do, you'll never want to be away from your computer again. There's so much stuff to try, it's crazy!

I was searching the good old internet to look for some tutorials to try out, especially ones that get me out of my comfort zone and I found this one. I loved the look of the end result and it's also something I'd have no idea how to go about doing it.

I found a fairly old photo of my brother and decided to go about dissecting his face with triangles. Here are some screengrabs of the piece at various different stages: 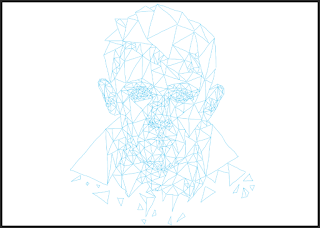 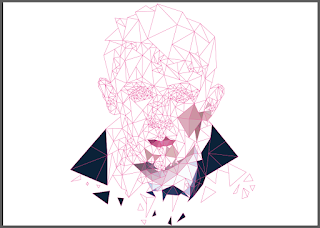 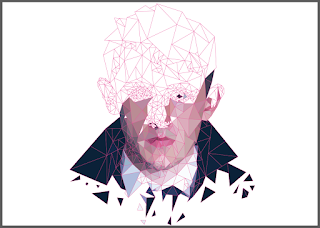 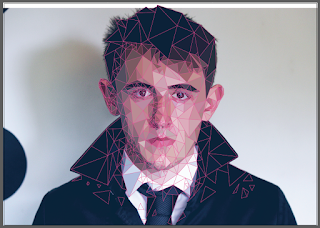 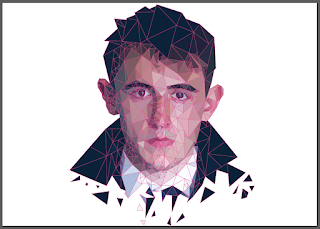 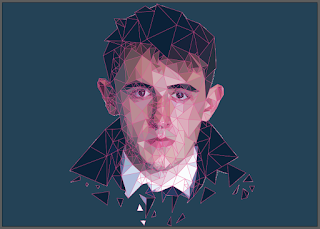 ...And here's the final result: 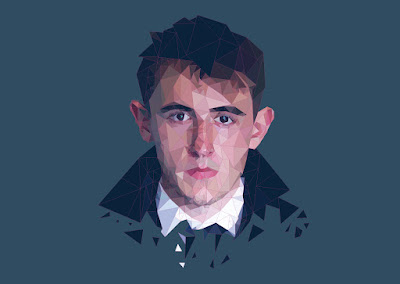 I'm impressed with it for a first one- I really had no idea how it would turn out or if it would look any good or have any resemblance of the original photograph (or my brother, for that matter!), so in that respect, I'm happy. On the whole though, I can see room for major improvements (and potential) and it's definitely a style I'd like to develop and do more of...

Watch this space!
Posted by Flora Martyr at Thursday, August 25, 2016 No comments:

It's Thursday once again, which can only mean one thing: THROWBACK TIME!

I thought I'd choose this as my next one, because I made it around this time four years ago, again 2012, but it's very different from my last #tbt video.

It was for Film4's Scene Stealers competition (please comment with link to film if you entered!), where you were to recreate a two minute scene from a Film4 film, from the list they provided. I decided to do mine of Submarine:

Due to illness, I unfortunately missed the deadline, but I finished it off regardless as I thought it was such a cool idea for a competition/ project. Please do another one Film4, if you're reading!!

Anyway, I gathered my family together (sorry guys!) to star in my rendition of the film. I reckon they did alright...

I didn't copy the scene or style of film directly, because I wanted to put my own twist on it, but as the original film was set in the 1980s, I decided to give it an analogue feel, by overlaying parts of it with some Cine Film, which I telecine transferred. My friend Richard Holmes also kindly composed the music for it, which is ace.

Besides the above comments, I think I achieved something quite good considering my circumstances at the time. Be really cool to recreate something like this again these days so I can see how much I've progressed, have a bit of fun and get out filming again...
Posted by Flora Martyr at Thursday, August 25, 2016 No comments:

Because of current internet trends and for a bit of fun (I know- crazy aren't I!) I thought I'd start a series of these #tbt posts- or "Throwback Thursday" for anyone who doesn't internet as much as everybody else.

I think as a creative, it's good to sometimes look back on previous work to see how much you've developed and/ or improved over the years, as sometimes you don't see any progress in your work until you actually look back.

It's also an appreciation of old ideas etc and of course to have a little laugh, reminisce and get a little nostalgic over "the good old days".

I'll start with this one:


This was the second music video that I made, May 2012. It was a university project (I was nearing the end of my second year), for the 'pop promo' module.

Although cringey in places, I am still really pleased with the editing and perhaps even a little bit amazed with my achievement here. I remember having a distinct style I wanted to portray/ create in this video, somewhat like 'On To the Next One', Jay Z ft. Swizz Beatz and also similar to the Azealia Banks video for '212', ft. Lazy Jay. I think I did just that, but on a really, really tight budget. I mean, just look at that flag!

Nevertheless, I did learn a LOT of new skills with this video, such as chroma keying out the green screen I painted onto the canvases, scouting and following up various locations, how to do some of the type animation in After Effects and also the first (and last) time I used Final Cut Pro X, or shall I say the final time! Sorry.

I think this was the beginning of me using this style throughout my work. As you can see in my later films, they take essences of what I was attempting here, but in a more refined way. I'd say this is one of my more significant pieces of work I've made in terms of concept and style. I wouldn't include it in my showreel anymore, but it helped me decide what route I wanted to take my filmmaking down and also experiment with new techniques. I also burnt a teddy bear #yolo

Enjoy! ...and in the meantime, I'll see what I can find in the vaults to dig out next.
Posted by Flora Martyr at Thursday, August 18, 2016 No comments:

To mark the (sort of) first day of the football season, I made a GIF:

View more of my GIF work here.
Posted by Flora Martyr at Saturday, August 06, 2016 No comments:

I GIF you this:

Would like to develop this style more, so watch this space!

...In the meantime, check out my Giphy page HERE.
Posted by Flora Martyr at Wednesday, August 03, 2016 No comments: