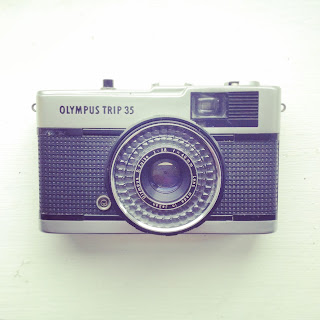 I've been wanting to start shooting on film again for a long time now and the other week, I decided to get myself a 35mm.

I wanted to scale down from my analogue SLR, because I want something I can carry around all/ most of the time and one of my main reasons for getting rid of my previous one was because it was too big and heavy, especially when you were carrying it for more than a couple of hours.

I've yet to get a film developed, but I have been taking a few pictures. Watch this space for the photos (providing they turn out well)!!
Posted by Flora Martyr at Thursday, October 27, 2016 No comments:

I saw advertised on Twitter, a photo competition to design the cover of the Autumn/ Winter menu of a fairly local pub I go to.

I thought I may as well give it a go, because as it's free entry I've nothing to lose [besides around five minutes of my time whilst I attach a photograph to an email, but I'm sure I can live with that]. I wasn't expecting to win or anything, but I received an email about a week or so later *spoiler alert* telling me I had won!

It was pretty nice news to hear, especially amongst all the rejections I've been getting lately. 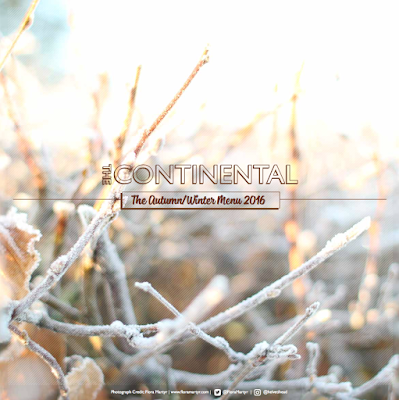 And here's a link to the place, if ya wanna go check it out: http://www.newcontinental.net

Apparently I was meant to post this last week, but clearly didn't. How I love lack of time...

Anyway, posting it now, so read up, yo!

I thought this one is slightly appropriate to post today, because this morning I have been editing something similar:


I made this almost two years ago now. I was commissioned by a local arts cafe/ bar to film and edit their Christmas/ winter solstice event to put on their website to act as a promo for the venue. It was filmed across three days.

It was a fun film to make as I think bands are really interesting to film, because of the style of shots you can get when filming a band, especially when there's nice lighting like this. BOKEH. BOK-YEAH. SORRY.

I always hate looking back on a film I've made, because I think of so many ways I can improve it, but at the same time I'm always slightly impressed with my achievements. Makes sense? Nope, didn't think so either. For the time that I made it, it was probably the best attempt, but if I made it now, I reckon it'll look a lot, lot different. Maybe not "better" as such, but definitely improved both stylistically and technically.
Posted by Flora Martyr at Thursday, October 20, 2016 No comments:

Look! I made more cakes!

As you may remember from a couple of posts ago, I made a cake. As in, I (me) actually actively bought some ingredients and went in the kitchen and made them so they don't look like just ingredients anymore and walked out of the kitchen with a cake in my hands. That.

I really enjoyed making the cake and enjoyed sharing it when done (and getting good feedback on the taste), so I continued to bake a cake every week from then on. I also started watching GB Bake Off (yes I know I just admitted to watching a TV programme) for inspiration. And it's been working.

It's a really fun hobby to get into as for me it's a new challenge each time, as these are mostly cakes I've either never made before or if I have made them, I haven't made them since I was about twelve. It's also creative, but not in the way I usually do creative, such as art or filmy stuff and it's nice to have a change from that.

I've even started an Excel spreadsheet for all of the cakes I make/ things I bake. This includes date made, the cake made, score out of ten and any comments or improvements. Yep, I'm a full on geek.

Here's some I made earlier: 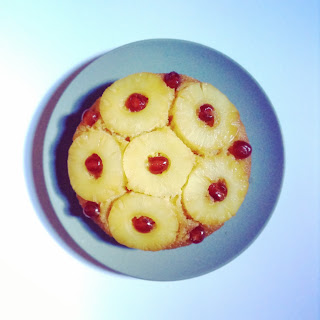 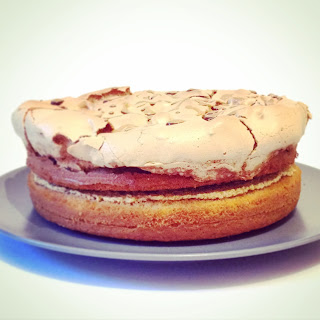 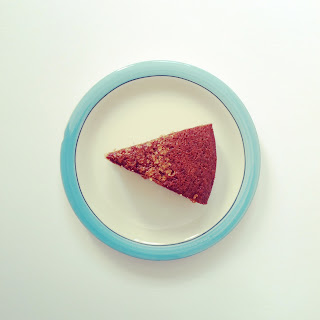 Any suggestions, throw them at me! ...But I'm not promising you'll get a slice ;)
Posted by Flora Martyr at Friday, October 07, 2016 No comments:

Apologies for this being on a Friday instead of Thursday, but who's counting?

I did sort of hint at this one in my last tbt post, so here goes:

It's the first music video I made, completed in December 2011. A lot of blood, sweat and tears went into this and I'm not exaggerating!

The idea came about a while before carrying out the project, but that was a much simpler idea, just with text (and all in Adobe Flash). That probably would have looked AWFUL. This was the first time I used Adobe After Effects and also the first time I did rotoscoping (besides those tests previously).

I am still proud of what I achieved here, as to do this in such a short space of time (I think I did the bulk of the animating in three weeks) and to have used a lot of new techniques, I think I did alright.

I remember the day I finished it and needed to screen it to three university lecturers, along with a small presentation. It was my last day of term before the Christmas break. I think I was just so tired as had a lot of late nights/ early mornings to get it done and I really just wanted a rest. I think I remember saying that I hated it! Which, at the time of presenting it, was probably true. I don't especially like it, as such, but I don't hate it. I appreciate my achievement and it's probably one of my most notable projects to date. Not that I'd ever use it as self promotion anymore or show it anyone for that matter(!), but more of the fact that it showed me what I could do and capable of doing.
Posted by Flora Martyr at Saturday, October 01, 2016 No comments: