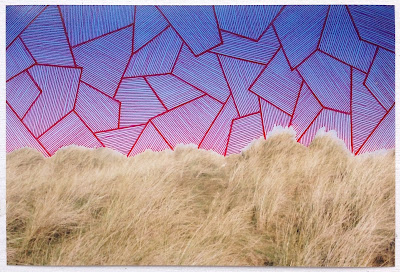 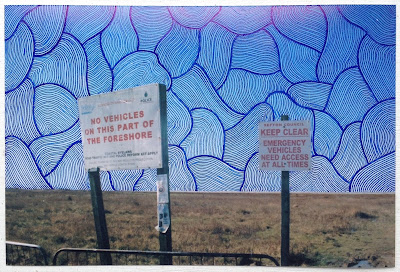 Yesterday, I went to Beacon Fell, Lancashire with intent on taking some photographs (and to rid the obligatory Sunday hangover!!). Unfortunately I forgot my SD card for my DSLR- just why?!! So instead, I used the camera on my phone and edited them on Instagram. Here are some of the the results: 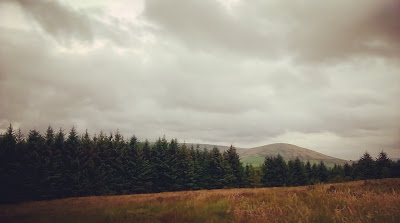 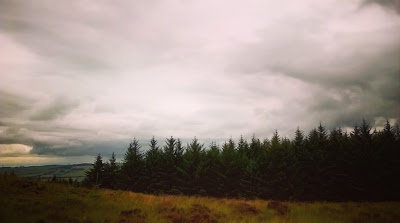 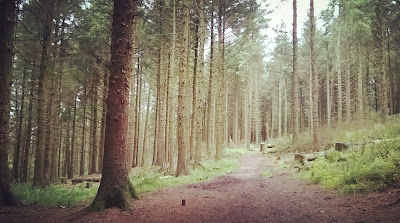 In the last few days, I have been getting back into drawing and painting again, which has been ACE! Long may it continue... (hopefully!!) 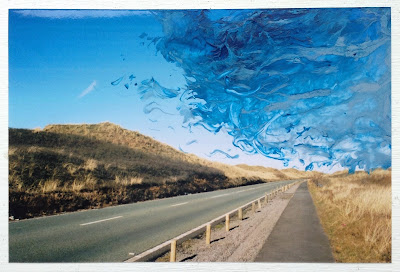 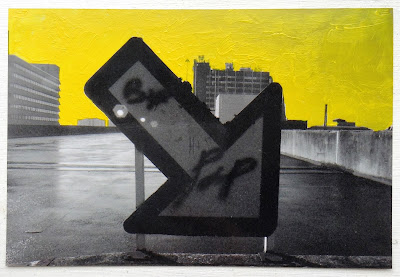 Also, apologies for this blog lacking pictures of late...

I have been a user of Facebook for around nine years. And during that time, I have logged in to it almost every day, which, when you think about it, is just crazy! I remember being skeptical about it and avoided getting it for a while to begin with (because I had MySpace and why did I need both?!!), but then I finally opened an account and since then, I was hooked.

I'm not one of these internet obsessed people and I try to spend my time online in a meaningful manner and with purpose, but perhaps more recently, I have found myself slipping into the habit of aimless scrolling. I admit this probably has something to do with me feeling a bit down/ frustrated due to me being unemployed and I haven't been feeling all that creative anyway, but Facebook has almost become the default.

When I was young and up until when I left home at eighteen (and even my first year living alone), I didn't have internet access in my home and my default then was to do a drawing (or similar, but whenever I was bored, it was "do a drawing" from both my parents(!), and that's what I did). I'd like to go back to that mindset, because creativity fuels creativity and I'd class myself as a creative, so why am I not creating?

I logged out of Facebook on all of my devices about one week ago now and have not yet felt the need to log back in. I still currently have the Messenger app on my phone, but limiting the times I look at my messages and don't have notifications turned on either. This also applies to text messaging and Whatsapp. I am now in control of when I choose to receive messages, rather than the messages controlling me. This allows me to make better/ more productive use of my time and when I'm doing something (say drawing, for example), then I'm doing drawing and when I'm doing some animating, I'm doing animating and so on and so on...

Don't get me wrong, Facebook isn't all bad- it's a good free marketing tool and also a free and quick way to contact people who you don't get to see very often, but then what's the point in free marketing if I've nothing to market, because I've been too busy online and not spending enough time making stuff?

I also feel it's more of an anti-social network. The more time you spend on Facebook, the less time you spend seeing people in real life and put less time and effort into real life friendships, which I think is sad (because life is real!), along with the reduction of social skills. People are actually ok(!) and I think I'll begin to realise this more when I start meeting up with people in the flesh!

For now, I'll stick with the using Facebook-just-for-Messenger thing, but I think soon, I'll let go of it completely. I am still using Twitter and Instagram for now also... These two social networks (for me) feel like less of an obligation or tie- I can basically just post something and leave it at that, without worrying about likes or comments.

Let me know your thoughts below!
Posted by Flora Martyr at Tuesday, July 12, 2016 2 comments:

I watch a lot of films. The medium of film (and animation) is one of my main interests.

I love watching films I've not yet seen and genuinely get excited when pressing 'play' on the DVD player (or Netflix!) because of what to expect: what the story will be, the characters, the cinematography/ editing/ style etc and so on and so on. It's sort of like leaping into the unknown, but without having to leave the sofa!

I used to be [to an extent] narrow minded in what I watch (often veered towards gritty, social dramas or European films by critically acclaimed directors), but these days I'm open to watching all sorts, providing it has some credibility behind it. For example, I watched 'Moneyball', Bennett Miller (2011), a few weeks ago, along with Seven Psychopaths (2012) and also Burn After Reading (2008). Three films I never would have dreamed of watching at the time of their release.

A lot of how I choose what I watch stems from the extensive research I do using a mix of my favourite website ever: IMDb (check it out if you have not already) and also through other means such as Twitter, Film Festivals, Amazon suggestions and recommendations by other people- scary, I know, but sometimes it's OK!

I think this open minded way of watching films is better, or at least for me it is anyway, because you get to know what's out there and always learn something from a film you watch, whether that be a new way of editing, a new actress/ actor whom performed amazingly, a director who's work you'd like to check out more of or never to watch that film again! Either way, there's always something of benefit by watching something different.

I know it's a huge cliche, but I've also learned not to judge a film (yh, book, but still the same applies..!) by it's cover, or even reviews. One example of this is 'In Bruges', Martin McDonagh (2008). I had this DVD on my shelf for a few years before deciding to watch it and I'm pleased I did- definitely one of the better films I've seen in the last few months. The DVD cover looked like it would be an action drama with bits of stupid comedy, but it was more of a drama, with a needed (standard third act) action sequence, well written dialogue, likable characters and moments of intelligent comedy/ wit throughout. Sometimes it's hard to force oneself out of a comfort zone due to our fears/ apprehensions, yet this clearly shows they are sometimes irrational. Even if you're not crazy about watching films like I am, this analogy fits with a lot of things in life itself, so if in doubt, just go for it! Not always this positive, but while I am, ima embrace it!

Some films of note I've watched (fairly) recently are:

I think you should check them out, or leave a comment of any recommendations...