I'm trying to get back into blogging on a more regular basis. I think this is the third this month, so that averages out as just under once a week- I'll take that!

I'm also trying to use my 35mm camera more often, by having it with me all the time and get into a habit of using it more than my phone camera.

Here are some of my favourites from my last film that I got developed yesterday: 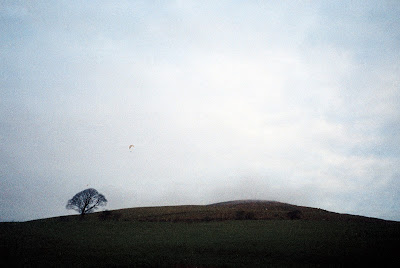 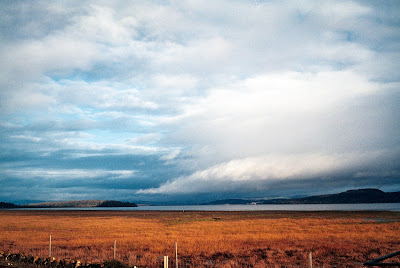 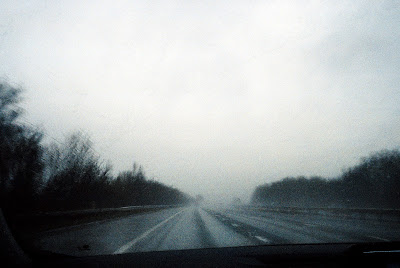 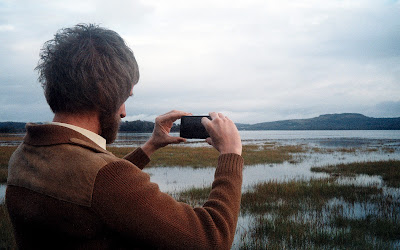 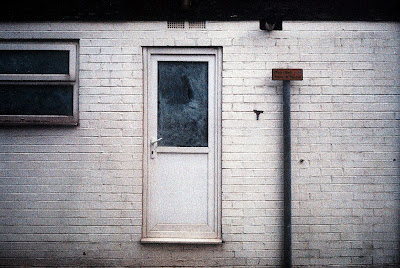 Posted by Flora Martyr at Thursday, January 26, 2017 No comments:

If you are a regular reader of my irregular blog, then you will know that I have started baking cakes as a new creative challenge/ hobby or whatever one may call it.

Recently though, as a different challenge and to keep things fresh, I wanted to try my hand at biscuits/ sweets- something I've never really looked into, besides eating them!

This is the fist batch I tried: 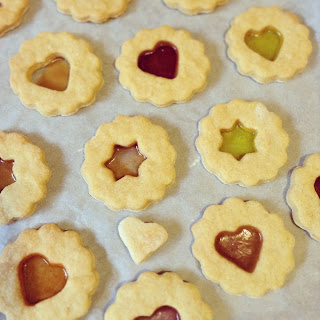 It was more the aesthetics of these that took my fancy rather than anything else. I thought they would make great Christmas presents.

I had no idea how they'd turn out and was fairly nervous, but at the same time I was super excited, because it would be a new thing. I finished these at about 1am one evening!

They look like how they're meant to and I was pleased with how they came out, but they didn't actually come off the baking sheet(!), so I had to bin them, unfortunately. It was the boiled sweets that just stuck to the paper, so next time I must grease the paper.

These are the next ones: 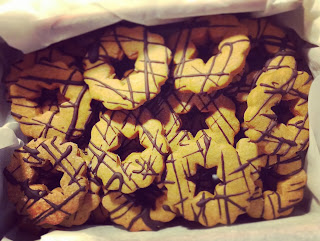 Because I didn't have enough time to make the previous ones again before Christmas without risking disaster, I decided to make some ginger biscuits instead. I drizzled them with dark chocolate to finish, because I thought it would compliment the ginger (in which it did) and also give the design of them a little "extra something"!

I was very pleased with the end result of these- and so was everybody who tried them! I will be making these in the future... 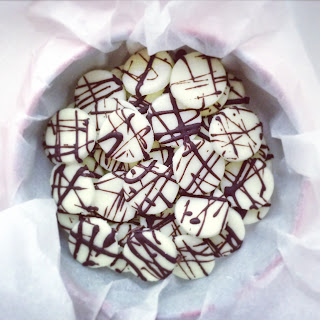 Here I strayed away from biscuits slightly, because I wanted to make something different. I remember making these when I was very young and remember them being lovely, so thought these should be the next thing I make.

These are actually Lemon Creams, rather than the peppermint ones I had previously made.

Again, I drizzled dark chocolate on these, to give them more of a crunch and also had something to do with the aesthetics. Warning: these are very moreish! 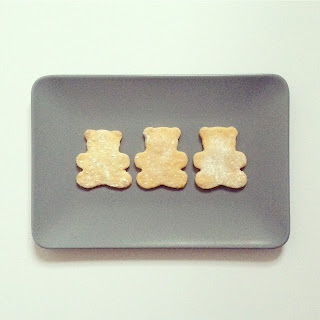 I then wanted something to bake for my parents. I had just bought a bear shaped biscuit cutter and was longing to try it out, because super cute! I decided to make vanilla shortbread thins (in the shape of a bear). I dusted these with icing sugar to add an extra sweetness.

I had never made shortbread before, but these turned out pretty well, plus the bear shape made them even more tempting! 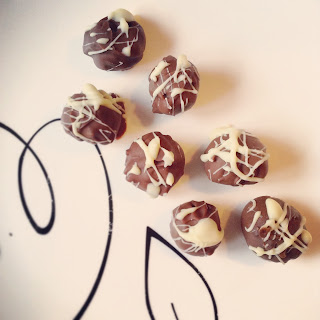 I wanted to try another completely different thing here and I am so pleased I did- these were delicious! The flavour was quite rich, but as long as you don't eat more than one or two at a time (though fairly impossible to do), then it's not a bad thing. I added some orange extract to outer chocolate coating and also made that with predominately milk chocolate, rather than plain as the recipe suggested. I think they would have just been too strong if I used dark on the outer, too. I think if I made these again, it would be nice to add some glacé cherries to the inner and maybe more rum- flavour was a little too subtle. Be great to try out different flavours of truffle. Any suggestions, send 'em my way!

I'm really enjoying this baking hobby(?) of mine at the moment. I challenge myself each time I make something and that is largely part of the enjoyment. It's also a lot about the excitement of the unexpected and also getting to try what I make and seeing how I can improve.

I've always enjoyed baking, especially as a child, but I think I'm now more of an age where I can appreciate it in a different way to when I did when I was young. I'm also getting much more confident with baking and I'm even starting to add my own twists to things, rather than following the recipe step for step, ounce for ounce. I can't wait to see how much I improve throughout the year and how many more different things I make. For Christmas, I was given a fair amount of baking equipment, so I think baked goods from the Flora Martyr kitchen may keep on coming... Watch this space!