A few friends and I are currently in the process of creating a short animation. We are in the early development stages, from synopsis to logistics to visual style. As the lead animator, the latter is what I have been focussing on. I want this film to be the best I have been involved in to date and really want to put a lot of effort and time into developing it, leading to an end result we as a team are proud of.

I have completed a short test piece as proof of concept in terms of visual style (image below), though wanted to delve a little deeper into character design and development. I sometimes have the tendency to revert back to 'default' when drawing my characters in my films and produce them in a fairly standard realistic style. 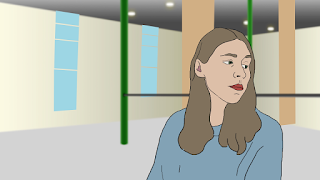 The aim of these tests were to push me away from that and move in a direction new. I roughed out a few design ideas in my sketchbook and decided to go for the one which seemed most appealing first: bold lines. This one felt fun, flowing and not very restrictive. All good stuff. The result created something really lively: 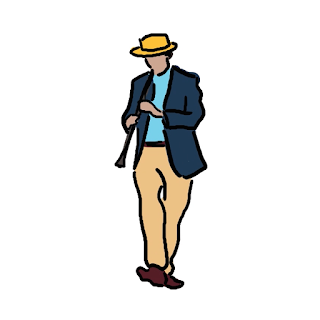 In fact, I loved the look of this so much that I decided this style would make up the whole of another short film I'm making (I'm a busy person). I have only just finished the first shot (around three seconds) of a total ninety seconds run time. As it is still in its early stages, I won't be sharing too much about it at this time and you know, being a creative genius like myself, I'm very aware that there are people out there stealing my ideas. Always ready to pounce on this blog and see what I'm working on and the like..!

Anyway, here is a screen grab of the outcome: 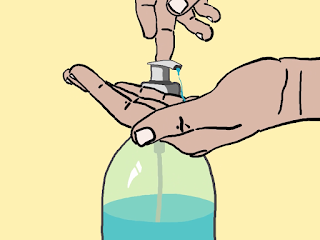 I aim to complete four character tests by Monday 20th April, so expect an in depth analysis of the outcomes sometime after that date... Until then, keep safe and wash those hands xo
Posted by Flora Martyr at Wednesday, April 15, 2020