As promised/ threatened in my previous post, I stated I would go into more depth about the character style tests I was working on.

I have now completed (well, mostly: more on that later) all four tests. Some of the results I am pleased with, while some not so, though all of which I will expand on.

I wrote about test #1 in the last post, so I won't dwell on that one in too much detail, but I will say that it still stands out as one of my favourites. 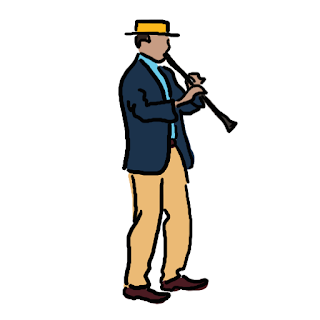 I absolutely love the thick outline and that the whole animation comes across really loose and natural. This is opposite to the realistic style I often work in and it goes to show that if you push your comfort zones, you might surprise yourself and come across something you end up really, really liking. I feel this will be a strong contender for use in the final film.

Test #2 was the least inspired of the four. I used the same style outline which I do in a lot of my work, but for some reason a bit thicker, too?! I was mostly playing with the idea about facial recognition and decided to draw lines across the face, instead of having an actual human face. I still like the concept of what I was going for and there is probably room for further exploration here, but the execution of this piece was not it... 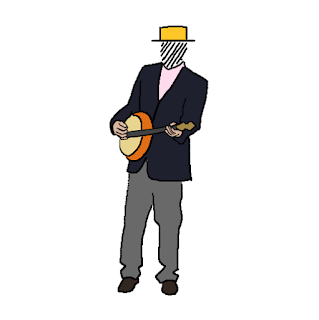 Test #3 was, like the first one, all about loosening up again. Moving away from the 'norm' and really trying to push out into something fresh. This was in terms of both the outline and the colour style. I used the charcoal brush for the outline and repeated the lines a couple of times to emphasise the rough edges. Because the outline was fairly jagged, I decided to colour it in, in one block forcing the focus and attention to the outline. It also really plays well with a film about memory, because it is just going for the shape and basic features of the person, rather than adding unnecessary detail in colour. You might not always remember specifics when recalling a memory, but will usually remember who was there and the basics of their actions. 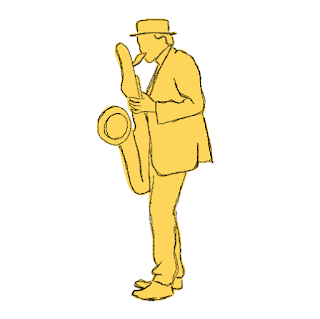 Lastly, test #4. This one I decided to go all out. How very brave of me! I used a different outline in the way of the airbrush and filled in the character using a textured custom brush. I didn't think the fill was working and it was taking absolutely ages, so decided to colour half of it to give a general impression/ proof of concept. I didn't think it especially meant anything either- or at least not in the context of this new film, so it felt slightly pointless carrying on colouring it, so decided to move onto something else productive instead.

I think I had always wanted to try colouring my work in a different manner, rather than just using the fill tool with no texture or thought, though I feel there are much better (and less time consuming) ways of adding texture to a block of colour. One of these ways could be overlaying a texture in After Effects, once you have completed the standard block colour in TV Paint. I have tried this before and it tends to give a satisfying outcome.

Besides the colouring of the piece, the outline was something I thought might not work that well, but actually appeared fine once completed. I'm not sure whether it would work for this film, but I know I now have it as an option for future projects which might need a more rugged outline. 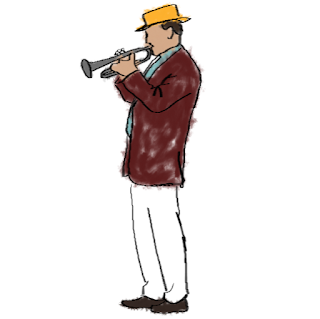 I decided to leave the faces off all because a) it's for a project about memory and b) to save time: it was to try out styles as a whole, rather than a detailed character account of each.

Overall, I thought completing the task was good for my progression and development in terms of styles. It has opened up my mind to trying new ideas and confirmed whether some styles which I have had in the back of mind to try worked or not. It still frustrates me that they don't all look particularly aesthetically pleasing, but that wasn't the idea of the exercise. I wanted to try new things and forced myself to do so, even though I felt tempted at times to just revert back to what I know. Without sounding at risk for being over dramatic, I am a stronger person (or at least in my craft) for completing this. Here's to experimentation and eschewing comfort zones.
Posted by Flora Martyr at Monday, April 20, 2020