Arguably the best hobby in the world, here's some 2019 stats (just for fun):

...And now for my top 10 grounds this year. Well, kind of. It was an extremely difficult task, so I decided to take a flavour across the different styles of grounds I've visited to compile a list of 10 grounds I really, really liked. I have also included photo links in red, where I have a full set. 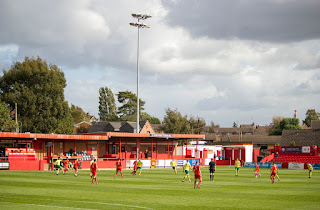 A mass of radiant red seating combined with some wonderful terracing, various covered stands and stacked houses as a backdrop, this one really stood out for me in the latter half of the year. 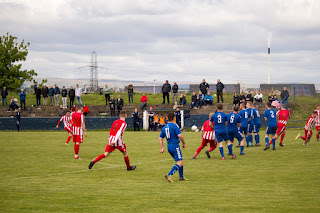 Choosing between Scottish Junior grounds is like choosing between favourite teddy bears, so I'll just pick one at random! Crumbling terracing, a large stand and views of Glasgow, I would recommend this to anyone. 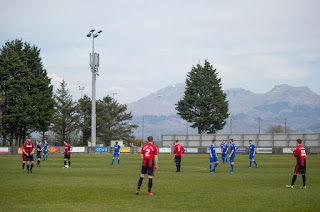 I already referenced this one in my list of favourite grounds I visited in the 2018/19 season. You can read what I wrote about it here. More photos here. 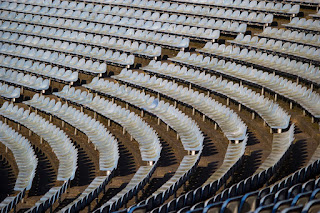 I decided to include something bigger than the style of grounds I usually go for and it was definitely an easy choice to include Malmo FF's previous stadium. It was very unique architecturally and included a sea of blue bucket seats. Absolute bucket lister. 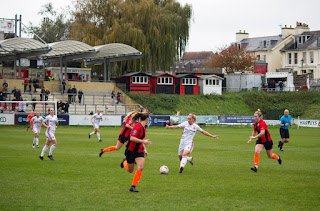 This is a ground contained in many lists such as this one and you can really see why: unique stands, terracing, beach huts, great atmosphere and equal treatment of the men's and women's teams, this one just had to be included! 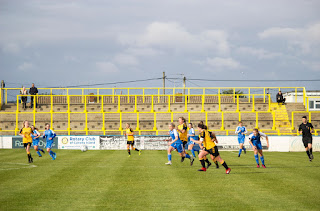 The ground, set below sea level, makes a brilliant location to watch a game. Not only in the way that you can see ships pass by, but also in the presence of extensive terracing and conglomerate of stands. 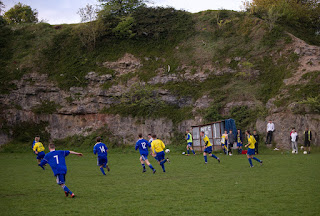 Again, was included in my previous list. Scroll up for link. This, like a few other local grounds is one I hope to revisit during the spring/ summer. 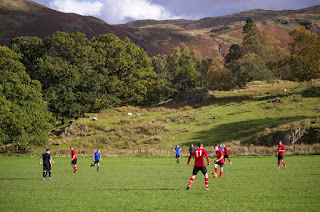 This was my first taste of the James Cropper Westmorland League and it didn't disappoint. I feel my photographs will describe it more eloquently than I ever will, so I'll leave those here... More scenic grounds I have visited of late are Askam, Keswick, New Mills, Hepworth, Steeton Reserves and Ruthin. Most have full albums on my Flickr. All highly recommended. 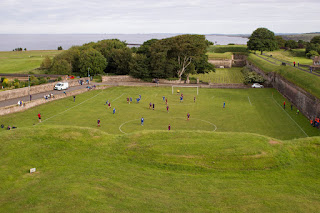 Perhaps the most unique place I have ever watched a game. The ground hosts the Berwick Charities Cup, held every summer. It's one I'd like to revisit, again and again and again. 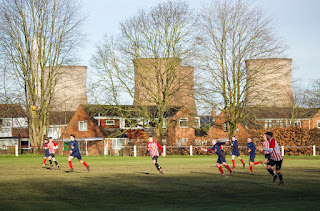 Rugeley Power Station provides a unique backdrop for this one, which really should be on everyone's hit list. The cooling towers are set to be demolished sometime in 2020, so be quick if you want to visit.

That's all for this fantastic groundhopping year, but looking forward to what 2020 will bring. I have already started planning a few (well numerous, actually) trips around the UK and further afield, along with compiling a list of grounds 'to do'. Hopefully see some of you at a ground/ hop or two in the year to come...
Posted by Flora Martyr at Tuesday, December 31, 2019