I have always had an interest in photography, or even just cameras. I remember when I was a child, my dad had a draw in his filing cabinet full of his old film SLRs and I thought they were really exciting. At least to look at: I never dared ask to use one! It wasn't until 2010 where I got one of my own: a second hand manual Praktica from eBay: 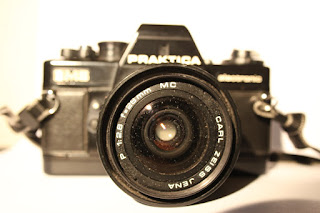 This was off the back of me using a compact digital camera beforehand- remember those?! I loved taking photos on my compact and I think I had a good eye for composition (background is in fine art), though my output wasn't giving me the 'look' I had seen everywhere and what I wanted to achieve.

The 35mm SLR was fantastic, but a very cumbersome and heavy object. It was also costly to run and didn't have a filming capacity either, which is what I needed at the time to improve my moving image output. After all, I was studying Film Production and didn't want to rely on the equipment the university provided, especially if I wanted to progress outside of university time. I also really wanted a camera which could 'make the background blurry'. Bokeh, as I now know what it is called. So yep, I cracked and bought a Canon 550d. This is still the camera I use today, maybe that is surprising. I have upgraded from the kit lens, mind! 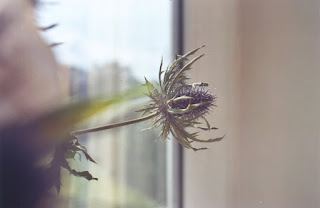 I used to use my DSLR a fair amount, but never had a specific focus or style- I think I was just trying to take photographs which looked 'nice', it didn't matter what of. As it wasn't a subject I was studying at university or my main medium to work in, I didn't ever see it as something I could take seriously, though obviously that isn't (or shouldn't be) the case.

Despite enjoying it to take photos with, I sort of left it mainly for shooting video, as that was really why I bought it. After selling my Praktica film SLR due to its bulk and weight, In 2016 I bought an automatic 35mm Olympus Trip, which was lighter and easier to use. In 2017 I sporadically started what now is clearly my main hobby: groundhopping, though without realising it at the time. I brought my Olympus along to the games, because I didn't like taking photos on my phone, but still wanted to take images. Below are some of the ones I took on that camera: 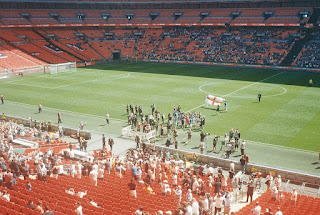 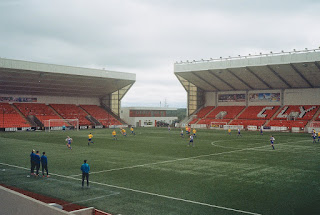 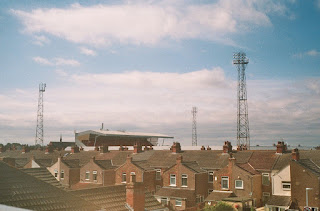 Looking back at the images I took around that time, I had built the foundations of what I create now, though the standard and compositions of the imagery is less considered.

It was only until the latter half of 2018 when I decided to take my DSLR to the football, but even then I had no idea what I was doing. I was still new to watching football at the time. I didn't know whether I wanted to take action shots, pictures of stands, of spectators and I had no reference points or inspiration. I must have enjoyed it though- perhaps I saw it as a challenge(?), as I persisted with taking it along to games. It was probably more-so to keep me distracted from the cold!

I had also stopped drinking completely by this point, so time spent in pubs and photographing portraits of friends and local musicians became less frequent. This used to be largely what I took images of between 2014-16. I obviously needed something to fill that hole and another creative outlet.

I even bought a zoom lens so I could attempt action shots, too. I quickly developed my style and attention towards stands, spectators, landscapes and quirks around the grounds. This was with some action shots and gameplay included, creating a 'story' or 'essay' if you like, taking in all aspects of the match day experience. This direction came after plenty of trial and error, having attended many games without exactly knowing what I was doing with my camera. I sometimes look back at the grounds I attended back then where I didn't fully take advantage of any photo opportunities which I would be 'all over' now. I also look back on it in a positive way, in the fact that if I didn't take my camera to games early on, then I might not have progressed at the speed or indeed in the style that I have.

I really relish in the fact that now my photography has a direction and because of that, it makes it all the more enjoyable, rather than 'just taking pictures'. That is fine, too if that suits you, but this is giving me something I wholly enjoy and thrive in, while building an archive of non league grounds and women's football matches. 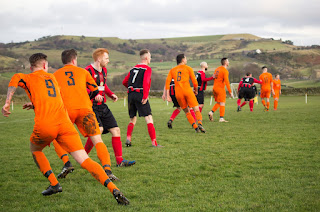 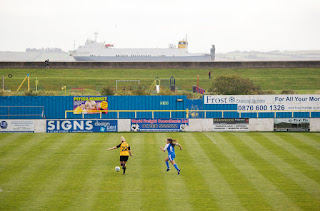 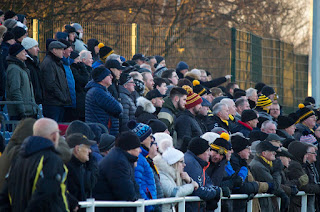 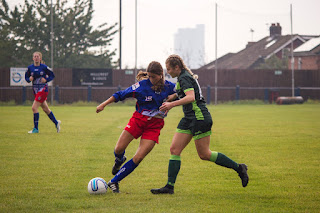